Let’s review the many tentacles of Power BI; or, Microsoft’s not-so-secret plan to take over the world.

It is unsurprising that Power BI is often compared to SSRS. If you come from a SQL background, there is a good chance that you need to report on the data in your database in some way. While there are a multitude of tools available to do so, often it’s easiest to go with whatever Microsoft recommends. You already paid for it, right?

For many years, that was SSRS. And for half a decade, between 2010 and 2016, not much changed with SSRS. Much like some of the plants at the Phipps conservatory, it wasn’t dead…just dormant. 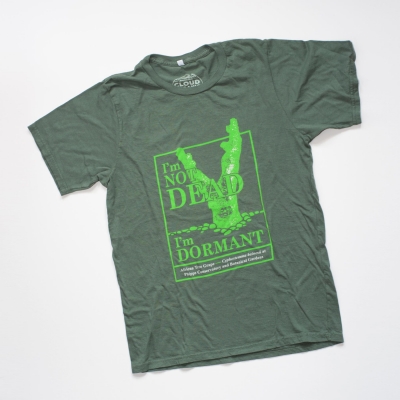 So what changed around 2016? A couple of things. First, Microsoft acquired Datazen which would later turn into SSRS mobile reports. Second, Microsoft rebuilt the SSRS rendering engine to take advantage of HTML 5. Third, there was a new kid on the block: Power BI.

If you come from the SQL world, this is all old hat by now. Microsoft is investing a lot of time and money into Power BI, so it’s tempting to think that Power BI is replacing SSRS, but it isn’t. If we look at the traditional BI pyramid, Power BI and SSRS occupy two totally different strata. 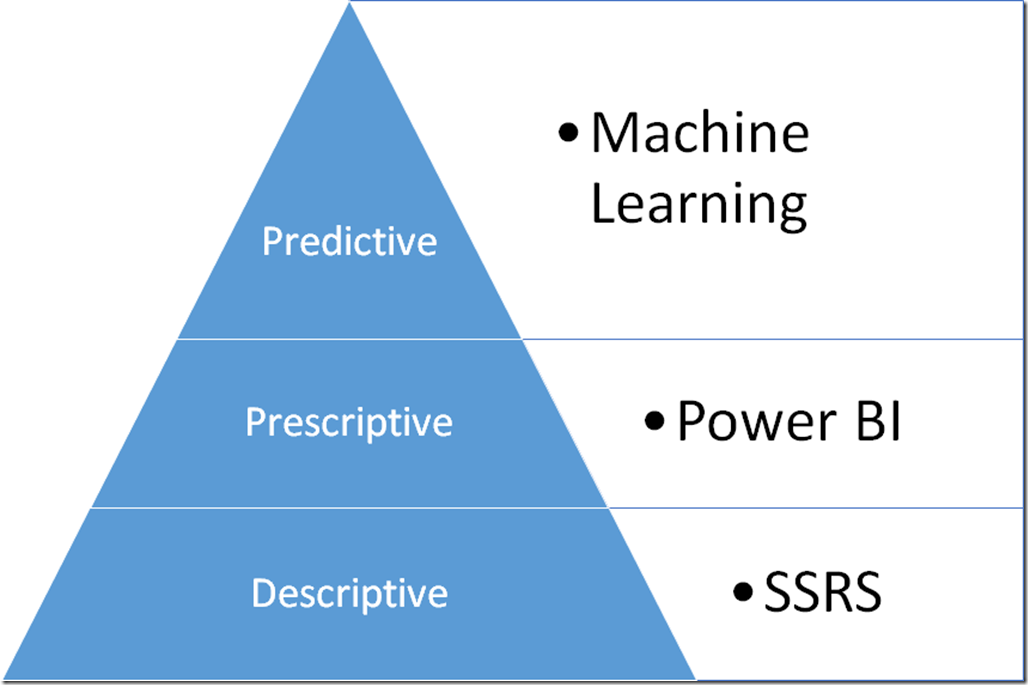 SSRS is designed for things that need a page number on them. This is generally detail-heavy, pixel perfect kind of work. This kind of operational reporting is descriptive, it tells you facts, but doesn’t add a lot of spin. This is at the base of the pyramid

Once we have the business up and running, we can move from “is” to “ought”. What should we do? Where should we go? This kind of reporting is higher-level, less detail oriented. You are looking at the company as a whole or at multiple years of history. You may drill down deeper, but generally speaking someone else is sweating the small stuff. This kind of reporting is prescriptive and where we find Power BI.

Finally, once we are moving and we are moving in the right direction, we can be even more forward looking and make use of predictive analytics. What’s going to happen in the future? What can the data tell us? This is where tools like Azure Machine learning and R can start to help us.

Power BI and SSRS are aligning

Power BI and SSRS are aligning and getting closer. If Power BI was a drop-in replacement, I wouldn’t expect to see this. I would expect to see Microsoft heavily pushing one over the other and that’s it.

By contrast, look at SSAS tabular and multidimensional modes. Tabular is available in Azure Analysis Services and multidimensional mode isn’t. Yes, I know it’s on the roadmap but it’s definitely not a number one priority. Every time I hear about SSAS, people are talking about tabular mode. In economic terms, DAX and MDX are subsitute goods. Sales of one reduces sales of the other. Think Coke versus Pepsi.

Power BI and SSRS, on the other hand, are complimentary goods. Think peanut butter and jelly. Yes, they are both things you can put on your bread, but they go better together. Yes, I know that seems strange, but look at what’s going on.

Last year, they announced Power BI Report Server, which is basically SSRS server with Power BI rendering on top. This year they announced SSRS rendering in Power BI Premium. Now, whether you are on-premises or in the cloud you use Power BI and SSRS in the same place.

Give it another year, and I bet the alignment is going to get even closer. I bet they will add Power Query as a data input for SSRS, just you wait and see.

Microsoft wants your business data and it wants it badly. Last week I spoke at the Phoenix Power Summit, and I was really out of my element because it was all about business. It was basically 5 conferences in one, focusing mainly on all of the dynamics products (AX, NAV, Great Plains and Dynamics 365).

It was strange walking around the 250 vendors and 4,000 other attendees. Out of everyone there I only knew 2 people. And what those 4,000 people represented was something that I had never fully considered: standing there was Power BI’s core audience. It’s not me and it’s probably not you. It’s Chris in accounting. Let’s meet Chris.

When I first learned about Power BI I was confused. Why did I need Power Query? Why did I need DAX? I already had all this stuff. I had T-SQL and SSIS. And the truth was, those tools weren’t for me, they were for Chris.

So much of this stuff clicked when I came up with the persona of Chris in accounting. This is the kind of person who is great at vlookups, okay at SQL and is stuff in the land of spreadmarts, flat files and Access databases. This person understands the business intricately and just wants to get things done. And many time, she has almost no IT support to get her job done, so she has to make do with the tools she has. For her, Power BI is a life saver.

And walking around me last week was 4000 Chris-es from accounting. This is going to be big.

Microsoft shoots across the bow of Salesforce

It doesn’t take a genius to realize that Microsoft and Salesforce are direct competitors. Both were interested in buying Linkedin, and more recently Microsoft fired a warning shot to Salesforce.

At Ignite, Satya announced the open data initiative along with Adobe and SAP. Guess who isn’t in the picture? That’s right, it’s Salesforce.

Part of that announcement was them talking about the Common Data Service. When I first heard about CDS months ago, I was again confused. It sounded like some weird semantic layer for the data in Dynamics CRM. Maybe useful if your data lives in Dynamics 365, otherwise who the heck cares.

Now, do I expect them to succeed? I’m not sure. I’ve learned the hard way that every business is a unique snowflake, even two business in exact same industry. But if anyone can do it, Microsoft has a good shot. They’ve been buying up CRM / ERP solutions for decades.

Last week I had the pleasure of attending the Phoenix SQL user group and listen to Matthew Roche talk about Power BI Dataflows. When I first heard about dataflows, like everything else in this space, I didn’t quite get it. It sound like Power Query, but for the Power BI Service directly? Weird.

The way Matthew described it made a lot of sense. Dataflows represent an intermediate layer for your data, much like a traditional data warehouse. This is after all of the boring ETL bits, but before all of the sexy BI semantic layer bits. This is, metaphorically, chopping all your broccoli and putting it into plastic bags. The end user still has to decide what the final product looks like.

And guess what shape they let you put your data into? That’s right, the common data service. Microsoft wants to act like as a clearing house for your data. They want to act as a middle man for all of your data sources and all of your data consumption.

My favorite slide from Matt’s presentation is this one. (Courtesy of James Serra).

One weird thing about dataflows is that it’s saving the results to flat files in a data lake. Now, it was about this point that the DBA in me started freaking out. Why are we storing things in flat files? Flat file databases are older than I am!

Well apparently, that’s standard fare for data lakes and how they scale. But the part that excites me is all the avenues that opens up. Because you can Bring Your Own Storage Account and gain access to all of that delicious data.

This is some seriously cool stuff.

Power BI remains a poor replacement for SSRS. But it’s a fine compliment to SSRS and is a growing way to report on the data living in you SQL Server.

1 thought on “The many tentacles of Power BI; or, Microsoft’s not-so-secret plan to take over the world.”